What an exciting week it has been for WWE. They moved SmackDown to Friday nights on Fox and kicked it off with a bang last night. It really did feel like a Pay Per View while watching that episode. They had The Rock, Cain Velazquez, Brock Lesnar, it was just star-studded and the new stage was completely incredible. It was also a very impressive Season Premiere on Raw this week as well.

All of that doesn’t even begin to touch the all-new Wednesday night face-off between WWE and AEW, which makes for so much amazing wrestling to watch every week for all of us fans. We truly are the winners when competition kicks up like this, as well as the wrestlers themselves I am sure because the companies will be forced to do better by them than they would otherwise.

I saw a bit of NXT but mostly was focusing on the debut night for Wednesday night Dynamite. One thing I think WWE will have to do to make it more competitive on Wednesdays is to move NXT to larger arenas, I am pretty sure they can fill arenas that are the same size as the ones that Dynamite will be using, and it will go a long way in making it feel like a bigger deal than it does as they perform in the very small space that they utilize at the moment.

That being said NXT’s numbers were not too far under that of AEW and I will be looking forward to the progression of this new full night of top-notch wrestling on Wednesday nights. Bringing guys like Finn Balor will most definitely help bring more eyes to the product, including my own as he is one of my personal favorites. It disheartened me a bit because I was hoping for a US title push and him to join up with the OC, but I can understand their reasoning in the situation.

Well, let’s get to the main topic of the evening, Hell in a Cell which is going to happen tomorrow already. It feels like we just got done with Clash of Champions but it is already time for the PPV centered around one of the most brutal match types in WWE, made famous by Mrs. Foley’s baby boy. There are some good matches in store though, and the one I am the most excited for is undoubtedly The Fiend vs. Seth Rollins. 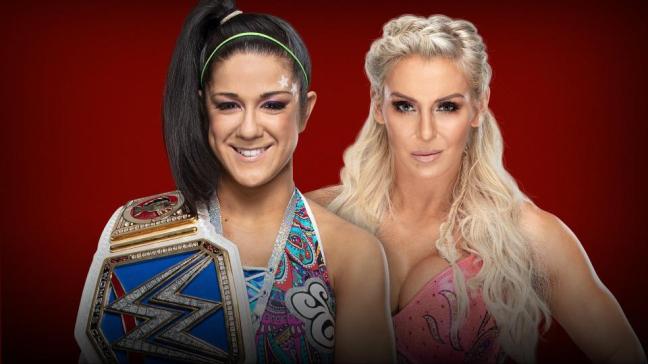 We will be getting rematches for both of the Women’s Championship belts and the first one will be between Bayley & Flair again. I am not really sold with Bayley as champ, I don’t feel like she carries herself the way that others do while they are atop the mountain. It is hard to put into words exactly why that is, it is just a feeling I get. I would really love to see her and Sash both as the champs, but I do not really think that is the direction it will go. I am going to have to go with Charlotte getting the belt for the umpteenth time and then possibly the Boss and Hug connection building their heat as heels and going for another tag team title run.

Man, I just have no investment in this match at all. I know it all ties back to the Roman Reigns attacker angle and all of that but I am not sure that anything interesting could happen with this one short of a Wyatt Family reunion. I will go with Harper & Rowan winning this one due to some unforeseen circumstance with Daniel Bryan, though it could also be some kind of disqualification on the other side of things.

This rematch will be inside of the Hell in a Cell structure and will be I am assuming a decisive end to the feud with another win from Becky. There is another way that this could go that I spoke about during Clash of Champions though. If Seth and Becky are planning a honeymoon then I could see her dropping the belt to do so and I do believe that Seth will drop his to the Fiend later in this PPV. I just don’t really feel like this is the situation that Becky will lose hers in though and I think this will end with her making another statement as to why she is the number one woman in the company for the time being.

Universal Championship (Hell in a Cell)

I am going with The Fiend on this one all the way. his presence has just been a breath of fresh air into the company. Between the Firefly Fun House, the way that he set the place on fire with his entrance and match at Summer Slam, and the actual fear that he is able to instill into viewers. There is no way that they should let him lose at this time. If they let Seth win in this one they will be taking the wind out of the sails on the best thing that they have going in the company. I was really looking forward to Bray Wyatt making a comeback, but I had no idea how different and exceptional his comeback would be. It sucks for Seth especially after his Cinderella win over Brock just a short while ago, but I don’t see any other option besides Bray walking away with the Universal title in this one. Let’s hope that is the way it goes so that we can see this gimmick continue to grow and thrive.

My Pick = The Fiend

Well, that is all that I have for yall tonight, I will get back with you tomorrow and upload my reactions and results. Thanks for taking the time to read, and as always feel free to guess along with me. Let me know any thoughts that you have about the upcoming show and drop your predictions below!