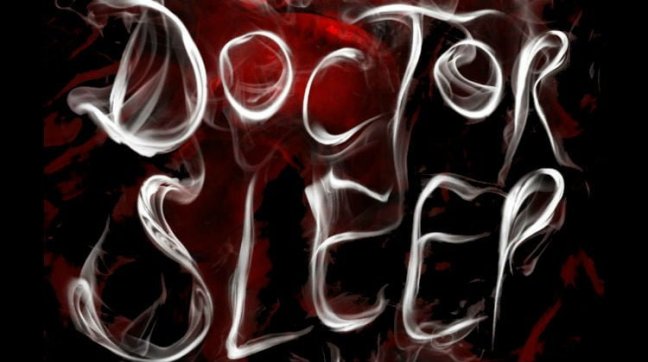 What’s up, guys? I recently finished reading Doctor Sleep by Stephen King which is the sequel to his classic novel, The Shining. I would like to share a brief overview as well as some of my thoughts about the book and hopefully hear from y’all about it also. Doctor Sleep follows Dan Torrance who is all grown up now and in recovery from alcoholism and addiction. I really enjoyed all of the little AA sayings and call outs that King made in this book because I am also in recovery and many of the sayings were all too familiar to me. Ironically the year that he wrote this book is the year that I got sober, my 6 years will be on the 24th of this month, so in just a few days now.

Little Danny Torrance, as you might know, was very strong with the shining, or what you might think of as psychic type powers if you are unfamiliar with the term. He kept this as he grew and did his best to dull it out with drugs and alcohol, but ultimately found a place that he could settle and try to get his life on track. Dan took up a job at a hospice where he used his special abilities to sort of usher the old folks into their passing. That may sound like some kind of Dr. Kevorkian type stuff but really it seemed more like he could sense their time coming and brought them on a sort of trip through the memories of their life before letting them pass away peacefully in a relaxed state of mind.

I do not want to get too far into spoiler territory so I will try to only give the basic ideas of the main plot to the story without giving away anything that will ruin the fun of reading the book away for you. The movie is now just around the corner as well, so now is a perfect time to go grab the book and check it out before the movie hits theaters. I am definitely looking forward to seeing the movie, especially after finishing the book, hopefully, it can live up to the hype that I have for it after really loving the story from start to finish. If you are going to check out a trailer for the movie I recommend watching the final one, which was I believe the second one that they put out. It built much more suspense than the first one in my opinion and explained much more about the story than the prior one as well.

There is a young girl named Abra, and she much like Danny is very strong with the shining and she also has other powers like telekinesis. Danny becomes like a mentor to her about her powers much like Hallorann was to him when he was younger. They speak to each other in indirect ways for much of the time such as Abra writing messages with her mind on the chalkboard in Dan’s room. Eventually, Dan is able to explain to her what her abilities are and what some of it means. Abra had always hidden her abilities from her family after seeing how badly it affected them when she was very young.

There is also a group of vampire-like creatures that call themselves the True Knot, they feed on special children like Abra who have abilities such as the shining. They torture and kill them and harvest what they call steam which is the essence that allows them to live endlessly as long as they continue to feed on it. I really loved how he tied this into ‘Salem’s Lot by mentioning that the True Knot had a base there as well as at the Overlook Hotel or at least what remained of it after the boiler room fire from the first book.

I really don’t want to get too much further into the story than I have already to avoid spoiling any surprised for those who are interested in seeing the movie or reading the book. If you would like to talk spoilers though feel free to comment below and we can talk about the story in more depth and detail without ruining it for those who have had their interest’s piqued.

Stephen King did a masterful job with this one, and it was amazing how he was able to rekindle that old flame from The Shining. Many times a sequel that has this much time between it and the original will not really work quite as well as it would if done shortly afterward, but with the route, he took it almost felt more natural that way. Danny was all grown up so plenty of time had passed in the fictional universe, so the time that has passed in the real world tied into it making it feel like we were able to go back and check up on an old friend to see how they were doing.

I would love to hear everybody’s thoughts on the book and the upcoming movie, so please feel free to comment below with any of you musings about Doctor Sleep, The Shining, Stephen King, or anything else that might have come to mind while reading over my thoughts about the novel. Thanks as always for stopping by, and I hope everyone has a great rest of their weekend!

Have a good week, friends.
TGIF for real. Have a great weekend, everyone!
Another stunning graphic for my first novel, Chasing Demons, by VT Little. If you like Stranger Things or It, this one might be up your alley.
Happy MLK day. Love always beats hate. My children will always know the truth that we live in brotherhood with all of humanity. One love ❤️💛🖤🤍
Book haul from yesterday when I got around to using my B&N Xmas gift cards 😄📚🎄🎅
Happy Friday the 13th! What's your favorite movie with Jason? Mine is Part 4: The Final Chapter 🩸🩸🩸🩸